When I was a young teen, I created the "Secret Recipes." I started with a small note pad, and 2 years later, I ended up with two padlocked 4-inch binders filled with over 300 pages of diaried thoughts. Why I penned the words "Secret Recipes" on the front of the binders I'll never know (well...I sorta know), but I still have those binders. They are old and faded and haven't been opened for 2 decades. They are my private "blog" from the early 80's when I was a struggling teen needing to break free of a world in which I was trapped and frustrated.

20 years and a lifetime later, I will perhaps start a new "binder" here. Of course, it's not in any way a continuation of the Secret Recipes, but rather just a place to put my thoughts for the day. Over the years, I have asked people what I should do with those binders that just take up space in my attic. Most suggested that I burn them and never look back. But three people suggested I box them up and just put them away somewhere. And that's what I did. It's probably not coincidence that those three people I chose to keep in my life forever. Their pictures are below. 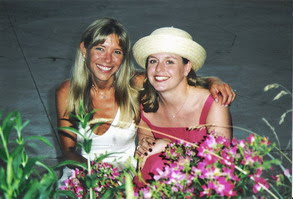 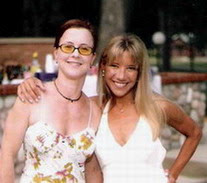 Here's the third...my husband (at that time): 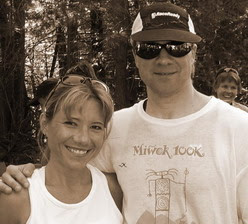